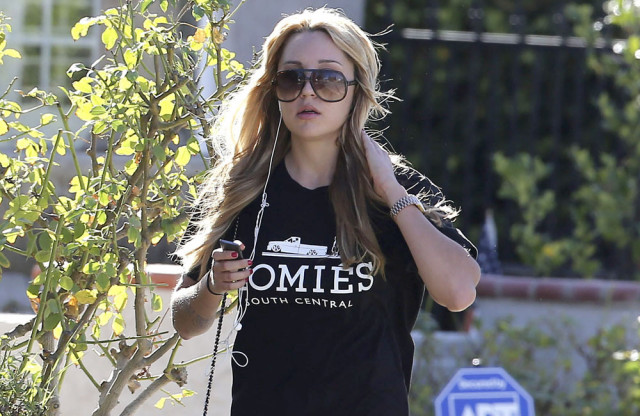 Amanda Bynes is seeking to end her conservatorship after nearly nine years.

The 35-year-old actress filed for termination of guardianship of her person and estate in a California court.

David A. Esquibias, the actress’ attorney, told People, “Amanda wishes to end her conservatorship. She believes her condition has improved and court protection is no longer necessary.”

A hearing is now set for March 22.

The ‘She’s the Man’ star was first placed under conservatorship in 2013, after being hospitalized in involuntary psychiatric detention.

At the time, her mother, Lynn Bynes, had legal control of her daughter’s personal, medical, and financial affairs.

The Hollywood star later confirmed she had been diagnosed with bipolar disorder, while she has also spent time in mental health facilities in recent years.

However, in 2021 Amanda’s lawyer insisted she was “doing great” ahead of her 35th birthday.

The actress – who celebrated her birthday on April 3 – was reportedly in high spirits ahead of her big day.

Her lawyer said at the time: “Amanda is doing very well. She lives near the beach, goes to school and enjoys meditation and Soul Cycle classes.

“She can’t wait to celebrate her birthday with her family and friends.”

Prior to that, Amanda was working on her degree at the Fashion Institute of Design and Merchandising (FIDM) in California, having earned her associate degree in 2019.

David explained that the actress was “very enterprising” but was also committed to her studies.

Speaking of Amanda’s progress, he said, “Amanda is very enterprising. She’s studying fragrance. She’s now considering perfume in addition to a clothing line. But don’t get too excited.”