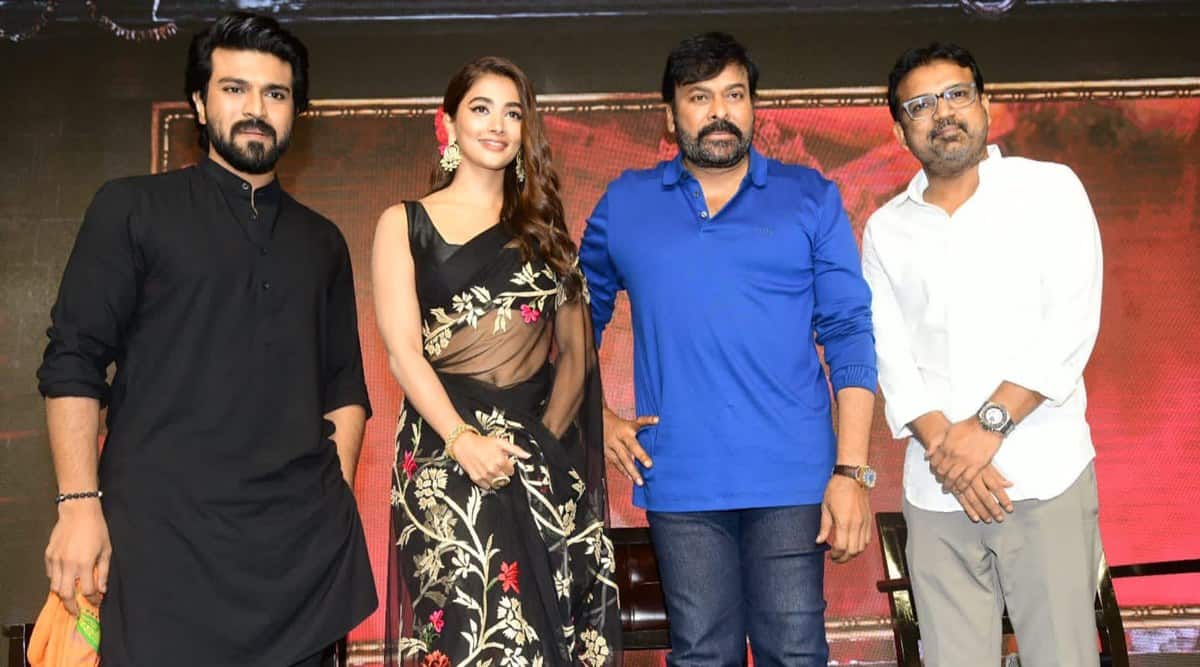 Ahead of Acharya’s release on April 29, actors Chiranjeevi, Ram Charan, Pooja Hegde and director Koratala Siva interacted with the media in Hyderabad. Here are excerpts from the conversation:

What is the story of Acharya?

Koratala Shiva: Acharya is the story of two souls who aim to protect the dharma.

How was your experience working with Ram Charan?

Chiranjeevi: I never gave Charan career advice. There will be originality when it evolves on its own by learning and unlearning things.

In one scene, Charan’s performance made me move expressions with my heart, and tears came out without any use of glycerin. It happened because he also acted from his heart, and that was my reaction to his performance. I was very impressed with that. It shows the maturity of his game. As a father, I’m very proud of him, and as a co-star, I’m even more proud of him.

Chiranjeevi: The Naxalite character of Rakta Sindhuram was aggressive and never shy away from confronting others. But, Acharya is a leader without any aggressiveness. This is Koaratala Siva’s style of heroism. His hero is gentle but powerful.

Was there any pressure playing with Chiranjeevi?

Ram Charan: There was pressure (laughs). I work hard and work better when there is pressure.

What did you learn and unlearn during the filming of Acharya?

Ram Charan: I had the chance to observe him (Chiranjeevi) closely and learn from it. His discipline is something amazing.

Chiranjeevi: Charan is a director’s delight. He shares a good bond with everyone on the sets. I have wonderful moments to cherish since filming the movie and our stay at Maredumilli.

You have several projects with young directors.

Chiranjeevi: I have the opportunity to reinvent myself when I work with young or new directors.

What do you think of the increased ticket price for Acharya?

Chiranjeevi: Like all sectors and industries, our film industry has also suffered greatly from the pandemic. The film’s production costs and interest also increased. So I don’t think it’s wrong to ask governments to help us recover from the losses caused by the pandemic.

If not Ram Charan, who would you choose for Siddha?

Chiranjeevi: Pawan Kalyan. Pawan’s turn as a Siddha would have given me the same high as Charan’s.