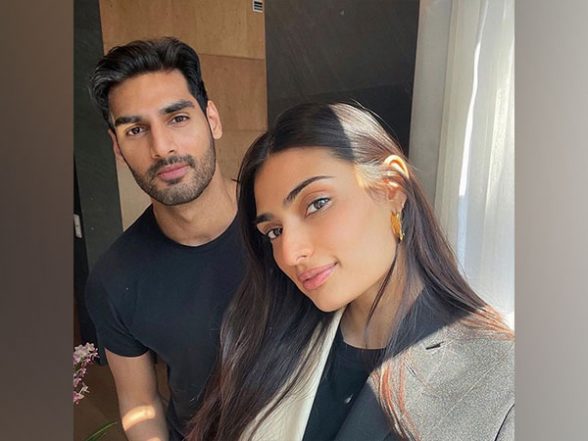 Taking to Instagram, the ‘Tadap’ actor shared a series of photos with his sister.

Alongside the photos, he wrote, “Happy birthday to a sister who has the best brother!! They say you get wiser with age but you don’t @athiyashetty.”

Read also | 2022 FIFA World Cup: Manya Narang and Salim-Sulaiman will perform at the Bollywood Musical Fest in a flagship event in Qatar.

As soon as the photos were posted, the actor’s fans and industry friends chimed in in the comments section.

The birthday girl commented on Ahan’s post. She wrote, “Just read the caption…Love you the most overall.”

Her boyfriend KL Rahul also wished her birthday. Sharing the photos, he wrote, “Happy birthday to my (clown emoji) you make everything better.”

Speaking of Athiya, she made her YouTube debut by opening her channel on the particular social media platform a few months ago and was last seen at Motichoor Chaknachoor alongside Nawazuddin Siddiqui. She made her acting debut with Salman Khan’s “Hero” starring Sooraj Pancholi in 2015. (ANI)