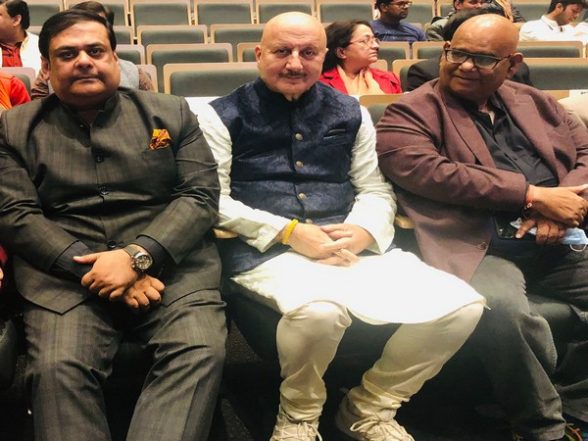 The Minister of State for Tourism and Cultural Affairs, Neelkanth Tiwari, inaugurated the festival at a big event, in the presence of Bollywood celebrities such as actor Anupam Kher, filmmaker Rahul Mittra, president of the Association Indian film and television directors Ashoke Pandit, directors Satish Kaushik and Madhur Bhandarkar, MP and actor Ravi Kishan, comedian Raju Srivastava, Vinod Bachchan, among others.

Read also | Shehnaaz Gill’s dance on “Zingat” during the engagement of its director leaves Internet users happy (watch the video).

While Anupam and Ashoke will participate in a panel discussion on Varanasi’s rich cultural heritage, award-winning filmmaker Rahul will discuss the importance of Uttar Pradesh as a center of film production and the potential of regional cinema on the second. day of the event. This would be followed by performances by singer Kailash Kher and Hema Malini, among others.

The Kashi Film Festival takes place before the start of construction work on the ambitious Film City in Sector 21 of the Yamuna Expressway Development Authority (YEIDA) area of ​​Gautam Budh Nagar District in January 2022. (ANI)

Read also | Dharmendra Deol reveals he was worried after hearing that Salman Khan was bitten by a snake.

(This is an unedited, auto-generated story from the Syndicated News Feed, the staff at LatestLY may not have edited or edited the body of the content)

2021-12-27
Previous Post: Saudi Arabia’s booming entertainment industry
Next Post: For the holidays, English fizz is on the rise | Entertainment News