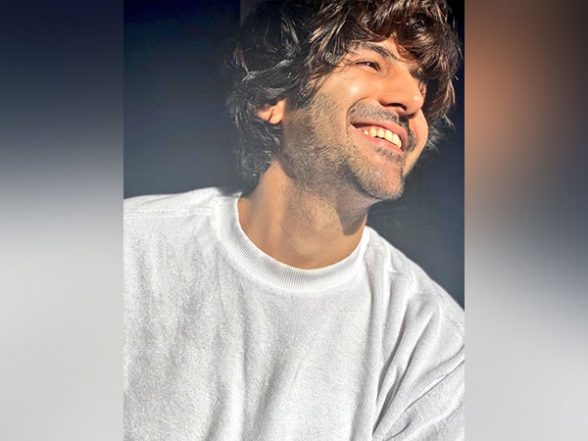 Ahmedabad (Gujarat) [India], Oct. 28 (ANI): Walk into a street and there’s your favorite celebrity – not on a stage or screen, but right in front of you. This is exactly what Kartik Aaryan fans witnessed in Ahmedabad.

For the shooting of his film “Satyaprem Ki Katha”, Kartik went to Ahmedabad on Friday. During the day, he went out to explore the local streets of the famous Gujarat city and guess what, his fans thronged the streets to catch a glimpse of the ‘Pyaar Ka Punchnama’ star.

Taking to Instagram, Kartik posted a video in which his fans are seen booing and cheering him on as he explores the streets with his team. Kartik has a big smile while capturing the love of his elated fans on his phone.

From living in a 2 bedroom apartment with 12 other boys in the city of Mumbai to becoming one of the hottest actors in the industry, Kartik has undoubtedly come a long way. He had his share of ups and downs during his 10-year journey in Bollywood. In fact, in 2022, the smash hit of “Bhool Bhulaiyaa 2” cemented popular Indian actor Kartik Aaryan’s position in Bollywood’s A-list. The film has collected over RS ​​250 crore worldwide. (ANI)