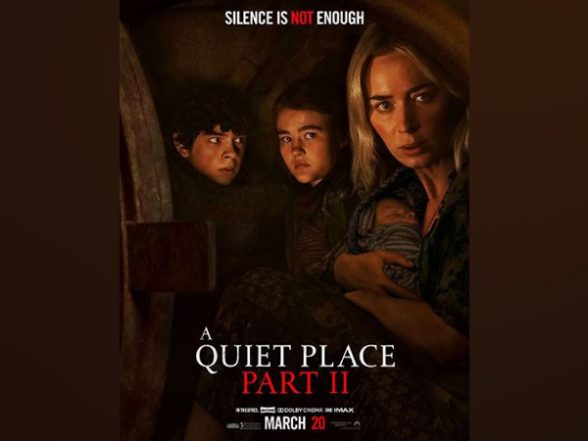 Washington [US], Jan. 12 (ANI): ‘A Quiet Place Part 3’ may soon have its next director. Michael Sarnoski, who directed ‘Pig’ star actor Nicolas Cage, is in talks to direct the next installment of Paramount’s popular franchise.

According to Variety, Jeff Nichols was previously attached to write and direct the untitled film, but is now taking time to focus on his new project, an untitled sci-fi flick also shot at Paramount.

Read also | 13 Reasons Why: The lawsuit against Netflix over the show’s suicide scene is dismissed.

The upcoming “A Quiet Place” movie isn’t expected to pick up where Part 2 left off with Emily Blunt’s character Evelyn Abbott and her children.

Michael Bay, Andrew Form and Brad Fuller are all returning to produce the film for Platinum Dunes. Krasinski will also produce through his Sunday Night banner, with partner Allyson Seeger serving as executive producer.

“A Quiet Place 2” was the first pandemic-era release to air only in theaters, earning $57 million in its opening weekend. To date, the film has grossed $297 million internationally.

The franchise is set in a dystopian universe where people are forced to live in silence in order to escape monsters with ultra-sensitive hearing.

Back in Sarnoski, he recently directed “Pig”, with Nicolas Cage. He also directed episodes of the television series “Olympia” and “Fight Night Legacy”. (ANI)