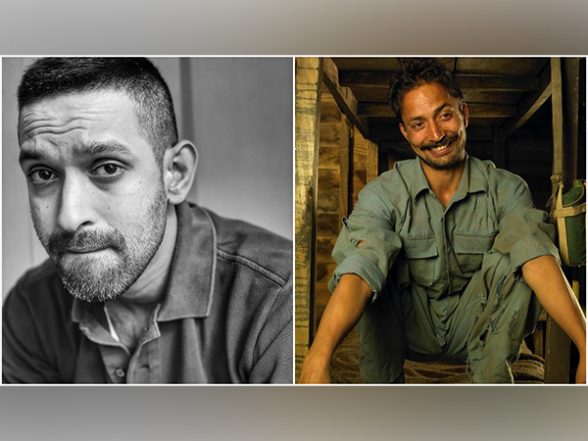 The producer of the hit Bollywood films “Stree” and “Mimi”, Dinesh Vijan, is the producer of this upcoming crime thriller which is based on true events and will be directed by rookie director Aditya Nimbalkar.

On Monday, Vikrant Massey and Maddock Films shared a special teaser video for the film.

The ‘Haseen Dillruba’ actor will be sharing screen space with Deepak Dobriyal for the first time, while the roles the two actors will play are currently being kept under wraps.

Vikrant, on the other hand, is currently gearing up for his upcoming thriller “Forensic,” in which he will be seen playing the role of a forensic expert opposite Radhika Apte. The film is set to be released on Zee5 on June 24, 2022.

Best known for his comedic timing, Deepak Dobriyal was last seen in Zee5 film ‘Aafat-e-ishq’ and currently has ‘Good Luck Jerry’, starring Janhvi Kapoor and ‘Bhediya’, starring Varun Dhawan and Kriti Sanon in her kitty with the newly added “Sector 36”.

Other than that, Maddock Films has a bucket full of films in its pipeline, a horror-comedy “Bhediya” starring Varun Dhawan and Kriti Sanon, and Laxman Uttekar’s upcoming untitled starring Vicky Kaushal and Sara Ali Khan.

The official release date of ‘Sector 36’ is still awaited. (ANI)