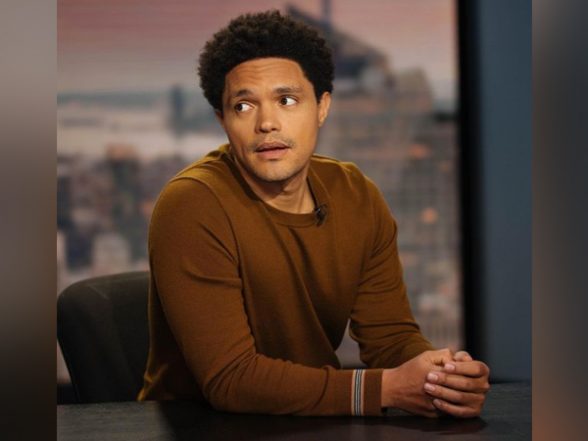 Washington [US]Oct 30 (ANI): South African comedian and TV host Trevor Noah has defended his comments that “some people” oppose Rishi Sunak’s nomination as British Prime Minister because of his race.

According to Deadline, Noah’s comments on “The Daily Show” raised irritation among several sectors of society, including commentator Piers Morgan.

Read also | George RR Martin would have chosen a different starting point for the House of the Dragon series, here’s why!.

The comedian said the nomination of Sunak, a UK native born to parents who came to the country from India, created backlash based on skin color. Sunak is the UK’s first Hindu Prime Minister and the first of Asian descent. It is also the youngest in over 200 years.

Noah’s comments were seen by many as a blanket indictment of everyone in the UK, failing to analyze the “some people” part.

After ‘The Daily Show’ host alleged on Twitter that there were people saying ‘Now the Indians are going to take over Britain,’ Morgan claimed that Noah was ‘misrepresenting the Great Britain as a racist country,” Deadline reported.

It started a back-and-forth between the duo and Noah said: ‘I wasn’t saying ‘All of the UK is racist’ I was responding to racists who don’t want Rishi to be Prime Minister because of his race … That’s why I said, ‘Some people.'”

According to Deadline, Morgan didn’t buy into it and said, “No you’re going Trevor…there was no ‘backlash’ in the UK for Rishi Sunak becoming prime minister because of his heritage. You made this up to create a racist narrative that just didn’t happen…and we Brits are tired of the American media (and dishonest duchesses) making us look like a bunch of racists.” (ANI)