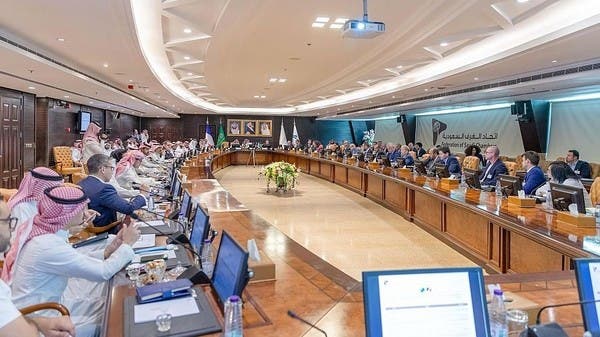 Major French companies have expressed interest in accessing and investing in the Saudi tourism and entertainment market as the Kingdom rapidly emerges as a popular destination for tourists and visitors from around the world in light of the major transformations underway in the world. the sector as part of Vision 2030. , the official Saudi Press Agency (SPA) reported on Monday.

These remarks were made by the Federation of Saudi Chambers, represented by the Saudi-French Business Council, as it hosted several companies specializing in the French entertainment sector, in the presence of the presidents of the business councils of the two countries, including Dr. Mohammad bin Laden and Laurent Germain, as well as several businessmen.

For the latest headlines, follow our Google News channel online or through the app.

The French delegation included 30 representatives of French companies operating in the entertainment sector, covering areas such as amusement parks, the manufacture of sports products and electronic games, among others.

Germain said the Kingdom’s entertainment industry has impressed the world in a short time, adding that the two countries have strong economic and political relations in light of supportive diplomatic visits between leaders and officials.

Hailing the exceptional development of the entertainment sector in the Kingdom in light of Vision 2030 and the mega projects that are being developed, Germain said it has provided great investment opportunities for major French companies that can , thanks to their expertise, contribute to further develop this sector. and the achievement of its objectives, adding that these companies could inaugurate their headquarters in Riyadh to maximize the benefits of these opportunities.

For his part, the vice-president of the French part of the council Eng. Fayez al-Alweit, highlighted the developments in the sector in the Kingdom and the exceptional opportunities it offers to foreign investors, expressing his interest in major bilateral cooperation in this area.