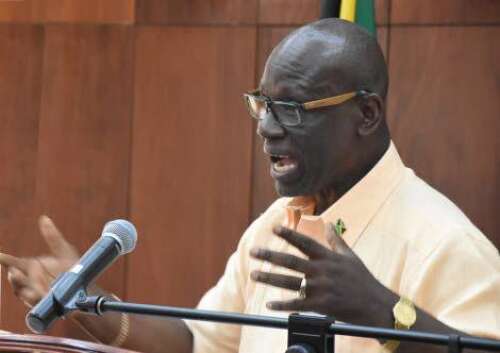 KINGSTON, Jamaica – Local Government and Rural Development Minister Desmond McKenzie has announced that permission has been granted to the Premier League Clubs Association (PLCA) for Premier League matches to be played with a limited number of spectators , at four designated sites across the island.

In a brief statement on Monday, McKenzie said: “These are the National Stadium, East Stadium and Sabina Park in Kingston and Drax Hall in St Ann.”

The Minister noted that for Drax Hall, 1,300 fully vaccinated spectators will be allowed access to matches played there.

“We are considering a formula for each of the other sites, which involves a percentage of its total capacity. I am fully aware that our football fans have been waiting for the chance to give personal support to their local teams, and this is the start of that process,” he continued.

According to McKenzie, the government continues to review applications submitted for various events, in line with its commitment to restore social life in a sustainable manner, subject to COVID-19 indicators.

“In this regard, I will make an announcement regarding the entertainment sector very soon. In the meantime, I strongly encourage our fellow citizens who have not yet done so to get vaccinated, and therefore to accelerate the pace at which we can regain a full social life,” the minister said.

2022-02-15
Previous Post: The runoff myth
Next Post: Entertainment News Roundup: BTS on stage in South Korea for the first time since the start of COVID; ‘Mrs. Maisel ‘returns’ a little grittier’ in new season and more