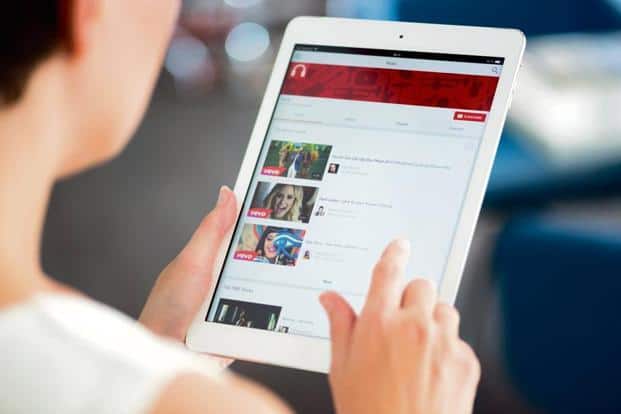 Future of media and entertainment industry

As one of the biggest consumers of data in the world, the media consumption habits of Indians have changed. While traditional TV-based family viewing is still strong, we are moving towards an individualistic and more personalized entertainment experience through video-on-demand (VoD) platforms and mobile screens. Even as technology and telecommunications companies have begun to take a serious look at content creation and distribution, broadcasters and production houses are also recognizing the need to reach consumers directly through their own digital platforms, instead of relay content through intermediaries. This essentially means that technology, media and telecommunications (TMT) players are not only competing, but also partnering with each other.

What drives this convergence

The rapid increase in smartphone penetration, driven by affordable handsets, and a drastic drop in high-speed data costs after the services were launched by a new entrant in September 2016 have contributed to making data usage ubiquitous in India. According to the India Mobile Broadband Index, the average price of an entry-level 4G-capable device has risen from ₹ 3,000 in CY16 to ₹ 1,500 in CY18. The average cost of data (for GSM subscribers) went from ₹ 205 per gigabyte (GB) in Q1 FY17 at ₹ 15 per GB in the fourth quarter of fiscal 2018, according to the Telecom Regulatory Authority of India (Trai). This has not only catalyzed the growth of data usage in urban India, but also brought rural areas into the fold of digital consumption.

What’s in it for TMT companies

Technology: While tech companies like Google, Facebook, and Amazon have distinct businesses, the one thing they have in common, besides being tech-focused platforms, is that they have a broad base of users. users which puts them in a position to control and manage the content provided. through their platforms. Moreover, according to the “KPMG Media And Entertainment Report 2018”, nearly 80% of people in major Indian cities consume news on social media platforms. Therefore, to harness the huge potential of digital media consumption, these companies are investing heavily, not only in content distribution, but also in the creation of original content. For example, according to the report, Amazon has committed $300 million to developing original video content for the Indian market. Similarly, Facebook has reportedly started testing its dedicated video platform, “Watch”, in India, and the company has also focused on acquiring sports properties in the country with its massive but unsuccessful $600 million bid. dollars for Indian Premier League (IPL) digital rights. Moreover, Google is also planning to introduce original video content in India to take on Netflix, Amazon and Hotstar. Currently, Google-owned YouTube and Facebook account for nearly 60-70% of India’s total online video consumption. YouTube is also India’s largest digital video platform with 225 million monthly active users.

Media: With digital platforms, broadcasters and content creators have established a direct connection with consumers, accessing crucial consumer behavior data while generating a direct revenue stream. The success of over-the-top (OTT) video platforms depends primarily on the depth and quality of content, effective distribution and robust monetization models. To win on the content and distribution front, media companies use various technologies and concepts such as Big Data, Artificial Intelligence (AI) and Blockchain – aiming to predict and create the content consumers want. , customize it to their preferences, optimize streaming to provide a seamless user experience, and manage transactions seamlessly. Monetization, however, has been tricky in these early stages of development, with players mostly adopting one of three models, viz. freemium (paid access to premium content with the rest free), purely subscription-based and purely advertising.

Telecom: These companies, which provide the entire digital infrastructure, have sought to capitalize on their own network and not just act as a “dumb pipe”. They rely on content to push the use of data on their networks, while differentiating their offers from other telecom players. This need for content differentiation has arisen in the wake of the commoditization of voice services in recent years. To support data consumption, telecom operators are increasingly looking to content as a differentiator, both in terms of customer acquisition and retention.

It would be prudent to conclude that business models around stand-alone product offerings – whether prime-time shows on traditional television, voice and data packs from a telecom operator, or the ability to stay connected on a social media-based technology application – may not remain relevant in isolation in the future. This is the ecosystem war that is likely to unfold in the TMT space, and the leaders would most likely be organizations that can smoothly merge these traditional business models and ensure customer buy-in to their ecosystems.

Note: Data for this report is taken from KPMG’s 2018 Media & Entertainment Report – Media Ecosystems – The Walls Are Falling Down

Mritunjay Kapur is Partner and Head (TMT) of KPMG India