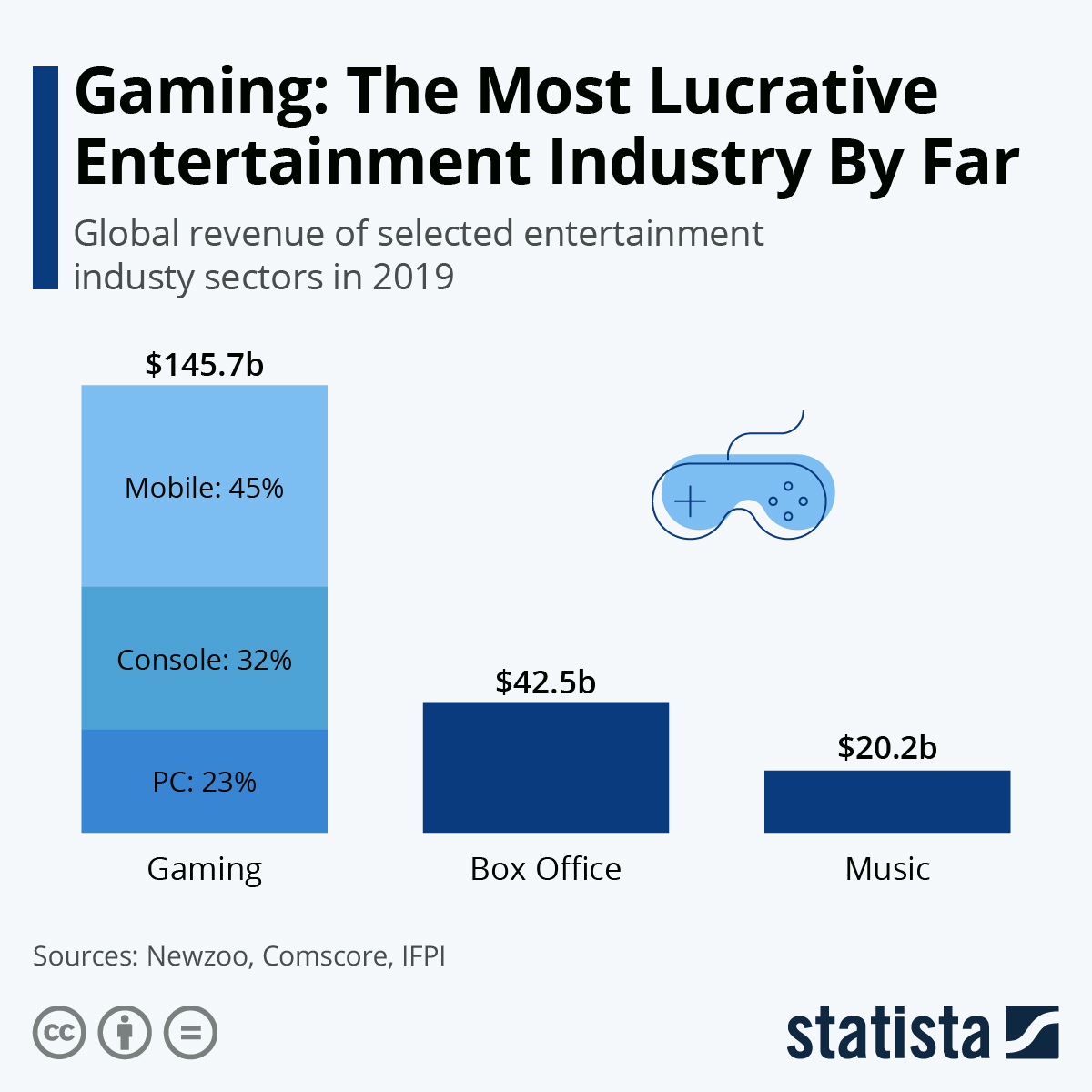 GAMING recognized as the most profitable industry in the entertainment sector by a large margin! / World of digital information

Microsoft got off to a flying start this week by announcing that it had acquired ZeniMax Media for a whopping $ 7.5 billion. However, it was not until after the acquisition that many people discovered Zenix Media.

People have learned that it is the parent company of Bethesda, one of the most recognized private video game development and publishing companies. Bethesda has brought us countless memorable video game series, including DOOM and Fallout.

A considerable portion of the human population still thinks that video games are enjoyed only by children. However, this is not the case at all. Microsoft CEO Satya Nadella had some interesting words to say about the game when announcing the game-changing deal. It has made gaming an important part of the entertainment industry which allows people all over the world to interact and play with their friends.

Additionally, Newzoo unveiled data suggesting that people around the world spent more than $ 145 billion on mobile, console and PC games in 2019. That figure easily exceeds the global box office figures (42.5 billion dollars). dollars, reported by Comscore) as well as global music revenue ($ 20.2 billion, reported by IFPI). It will be interesting to see how Microsoft performs in the gaming industry in the years to come.

Read more: The rate of content consumption has increased dramatically during the coronavirus pandemic