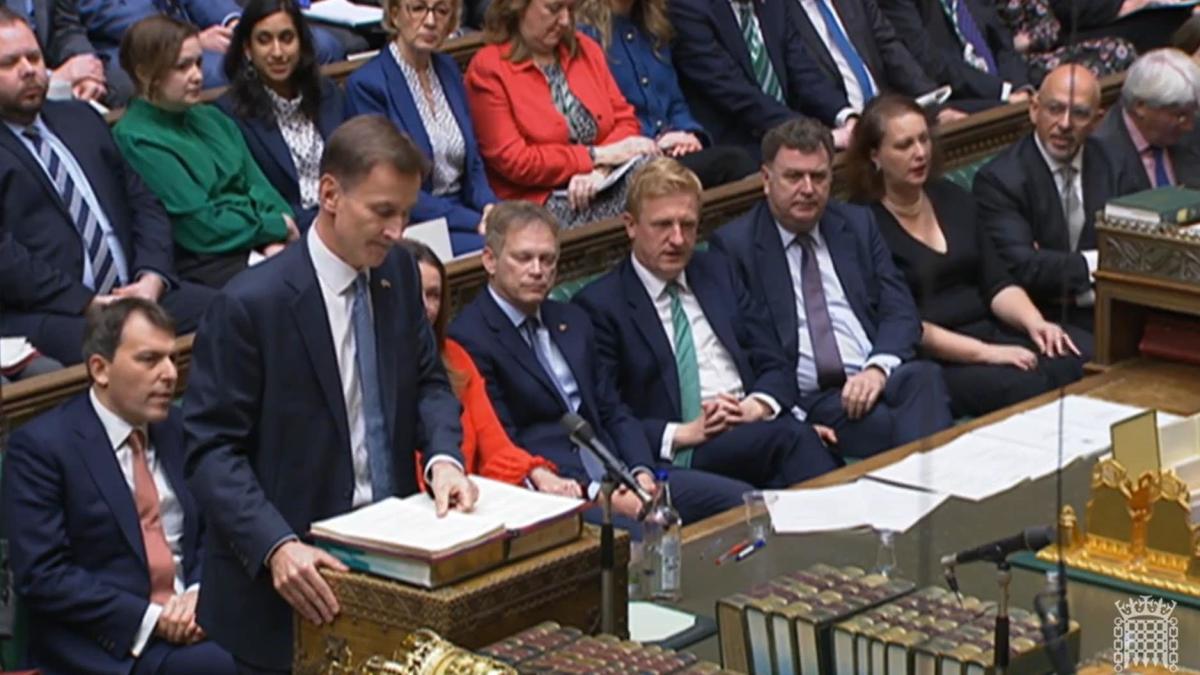 The Night Time Industries Association (NTIA) said the fall statement does not go far enough and lacks clarity, as entertainment trade bodies and industry groups react to the Chancellor’s announcement.

Jeremy Hunt delivered his autumn statement to MPs in the House of Commons on Thursday, in which he said he had to make tough decisions to ensure a ‘lesser downturn’, but the economy still needed to shrink by 1.4% in 2023.

Michael Kill, chief executive of the NTIA, a trade body representing UK businesses in the night economy, said: ‘This government is guilty of neglecting thousands of businesses and millions of employees and freelancers in the economy night, this budget has not gone far enough and still lacks clarity and will undoubtedly see the disappearance of a large number of SMEs and independent businesses in the months to come.

“While businesses should be preparing for the busiest time of the year, they now need to think about their future and will remember the fourth failed attempt to provide a budget to protect businesses at the height of the crisis.

“There is no consideration for the human impact, this will have a devastating effect not only on business owners, but also on the individuals and families who have dedicated their lives and livelihoods to this sector. “

Meanwhile, Sacha Lord, Greater Manchester’s night economy adviser, has warned that after the fall declaration entertainment venues could close faster than they did during the pandemic.

He tweeted: ‘Operators are stretched beyond their capacity, and I fear we will now see huge staff reductions, reductions in opening hours and site closures at a faster rate than during the pandemic. It is a very sad situation.

“We will now see a drop in consumer spending over the coming weeks and months, at a time when operators need the most support as they recover from the debt hangover linked to the pandemic.

“Disposable income underpins the UK economy and I am extremely concerned that the policies outlined today will lead to a severe contraction in the sector. Luxury spending such as dining out is understandably the first to go. compression period.

The industry group represents the interests of the sector, bringing together the 14 major live music associations and representing over 4,000 artists.

Following the announcement, Collins said: “While we welcome the government’s desire to bring stability to the UK economy, we have offered little help today to secure the future of our £4.5 billion industry and the 200,000 people it employs.

“Unprecedented operating conditions are pushing our sector to the brink, as much-loved venues close, tours are canceled and artists drop out of the industry.

“The pandemic hangover combined with the rising cost of living has led to 54% of people saying they are less willing to attend shows, putting incredible pressure on the live music industry.

“Today we renew our call for the reintroduction of a reduced VAT rate on ticket sales to inject money into the bottom line of struggling businesses, bring us in line with many other European countries and to ensure the future of live music for all.”

Responding to the fall statement, Paul Pacifico, chief executive of the Association of Independent Music, called for investing in the next generation of creators.

He said: “AIM welcomes the government’s proposed tax cut on business rates, but with smaller independent businesses increasingly squeezed by rising costs, UK music is likely to suffer at unless we create a greater incentive to invest in the next generation of creative and entrepreneurial talent.

“While we understand the need to cut costs in today’s budget, we are calling on the government to seriously consider measures to support the future of the sector in the spring statement.

Philippa Childs, head of broadcasting and creative industries union Bectu, also criticized the budget, saying: “There is very little in this budget to calm the perfect storm facing the UK theater sector. Its workers and businesses have been among the hardest hit by the pandemic and continue to face challenges in bringing the public back.

“They now face soaring running and living costs with low wages, unpredictable jobs and reduced public attendance. This is in addition to post-Brexit touring restrictions.

“The Chancellor talks about growth and stability, but it looks like this budget is a missed opportunity to help boost the UK’s creative sector. There is very little in the budget’s “growth” rhetoric that indicates how the government intends to protect and support our world-class creative industries – which contribute both culturally and economically.

Ms Childs said the lack of ‘definitive supports for the self-employed’ is ‘incredibly disappointing’ and that, despite the existence of energy support payments for the most vulnerable, there is ‘almost nothing’ in the statement for “a workforce still bearing the scars of the pandemic and continuing to suffer from precarious jobs”.

The Music Venue Trust also responded to the statement, calling for a live music commission in the UK.

The charity, which works to protect, secure and improve UK concert venues, released a statement saying: ‘Music Venue Trust welcomes the government’s announcement that tariff relief retail, hospitality and leisure, which includes the majority of UK Grassroots concert venues, will be expanded by 50% to 75% from April 1, 2023.

“However, we have written to the Treasury asking them to clarify the support offered to sites worth over £110,000 – the autumn statement lacks clarity on what is on offer for these sites.

“In January 2020, before the pandemic, the government committed to a comprehensive review of corporate pricing on basic music sites. We urge the Chancellor and the Prime Minister to present this review as soon as possible.

“The UK has the highest level of premises tax on grassroots music venues in Europe. This needs to change for our live music industry to remain competitive.

“The government has not chosen to respond to calls to reduce VAT on ticketing. The UK continues to have the highest VAT rate in Europe on concert tickets. This needs to change for the UK to be competitive.

He added: “The government says it is committed to stability and growth. Despite its welcome action to provide some stability around commercial rates for another 12 months, the multiple opportunities to stabilize and grow the live music industry are consistently missed, budget after budget, statement after statement.

“Our popular concert hall sector creates 29,000 jobs, offering more than 170,000 performances to more than 20 million people. It is a vital sector with real growth opportunities, but this is not recognized and exploited in this fall statement.

“Music Venue Trust is calling on the government to set up a live music commission. This body can be tasked with examining significant opportunities for stabilization and growth in the live music sector, with the aim of informing future government policy so that these opportunities are not systematically missed.

Hannah Essex, Co-Chief Executive of the Society of London Theater and UK Theatre, said: “The financial environment for theaters and producers continues to be difficult. Sourcing and production costs have risen dramatically, and our audience’s disposable income is shrinking in a cost of living crisis.

“Given these circumstances, extending and increasing this budget for retail, hospitality and leisure rate relief will provide a small safety net to some of our sites.

“However, we are now urging the government to turn its attention to measures that will boost economic growth.

“The theater industry stands ready to work with the government to ensure the growth of our world-leading sector.

“Other welcome steps include increased spending on education, and we hope to highlight the benefits of cultural and creative education with Sir Michael Barber in his new role as adviser on the government’s skills agenda.

“And with the government’s introduction of a new energy efficiency task force, we look forward to promoting the Theater Green Book as an industry-wide model of business practice.”