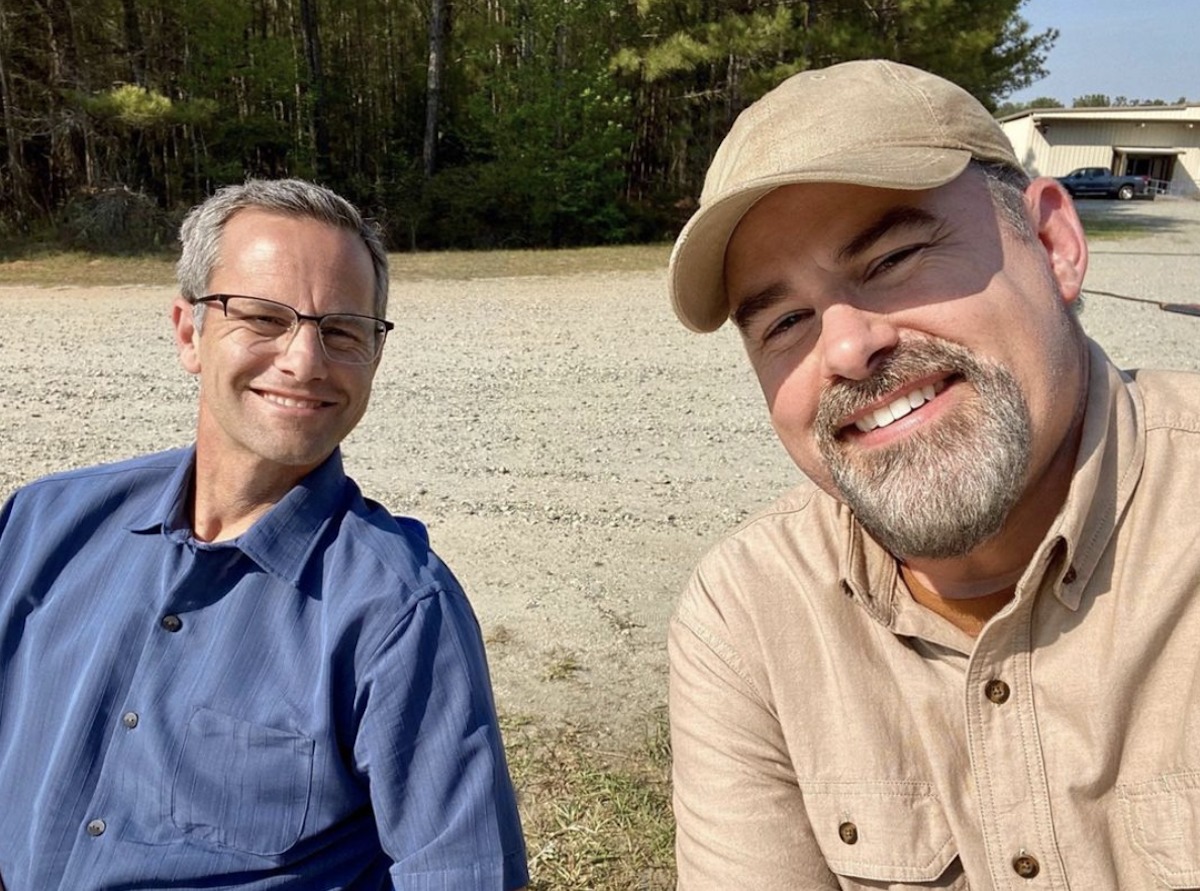 Actor Kirk Cameron and filmmaker brothers Alex and Stephen Kendrick have reunited for a new feature film called “Lifemark” which celebrates the sanctity of life.

Tens of thousands of pro-life activists and politicians gathered at the National Mall in Washington, DC, last week for the annual March for Life. Cameron was a guest speaker at the event, and during his speech he talked about the upcoming movie.

“I hope you get a chance later this year to see the movie ‘Lifemark’ which is based on a true story. It’s a story that is so much better than anything we could have ever written,” said Cameron.

The upcoming film marks the first time the 51-year-old actor and the Kendrick brothers have reunited since collaborating on the 2008 film “Fireproof.”

“The creators of ‘Fireproof’, ‘Courageous’ and ‘War Room’ and I have teamed up to present this film which highlights the value and preciousness of life in the womb and the beauty of adoption, explaining how one life can impact so much so much,” Cameron said.

The “Growing Pains” actor explained to the audience why the topics of adoption and protecting life are so important to him.

“This question of life is very personal to me,” he shared. “My wife is an adopted child. Chelsea was on a doctor’s appointment not to exist.

“Our first four children are also adopted, and if my wife, Chelsea, hadn’t been born, our two natural children wouldn’t exist either,” he continued. “So my six children and my wife are here following loving, compassionate and courageous people like you who are marching in the March for Life today.

In April 2021, Alex Kendrick shared news of the film on his Instagram page.

“It’s been 14 years since we shot the movie ‘Fireproof’. We’re excited to be working with Kirk Cameron again on this new feature! he wrote.

Cameron serves as an executive producer on “Lifemark” and also stars as the adoptive father.

“Someone sent me a brief documentary of a true story that was so inspiring and meant so much to me personally that I decided to make a feature film out of it,” the actor told the Christian Post in a statement. recent interview.

“I wanted to illustrate the value of every life and its full potential and also show the beauty of adoption and demonstrate how even one person’s life can have a powerful impact on so many others.”

In a previous post that included a photo of Kendrick and Cameron, the actor is seen in character sporting gray hair.

“The movie crosses two decades, so we see it aging almost 20 years,” explained Alex Kendrick. “It’s a true story with a lot of action, humor and heart!

While attending the 28th Annual Movieguide Awards in 2020, Kendrick shared more about the upcoming movie.

“We’re very excited about this, and it’s a true story, and it’s going to grab your heart. We love it.” Kendrick told CP at the time, adding that he and his brother “loved the subject and what was going to happen” as a result.

“We think it’s a very timely film,” he said.

Although the brothers usually do original content such as “War Room”, the pro-life film was introduced to them by a friend, he revealed.

“We normally write our own movies, but this one was so powerful when we read it and saw how very timely it was for today’s culture,” Kendrick added.

“As we started looking for a way to pull it off, it became very clear that the Lord was opening the door to do it,” he added.