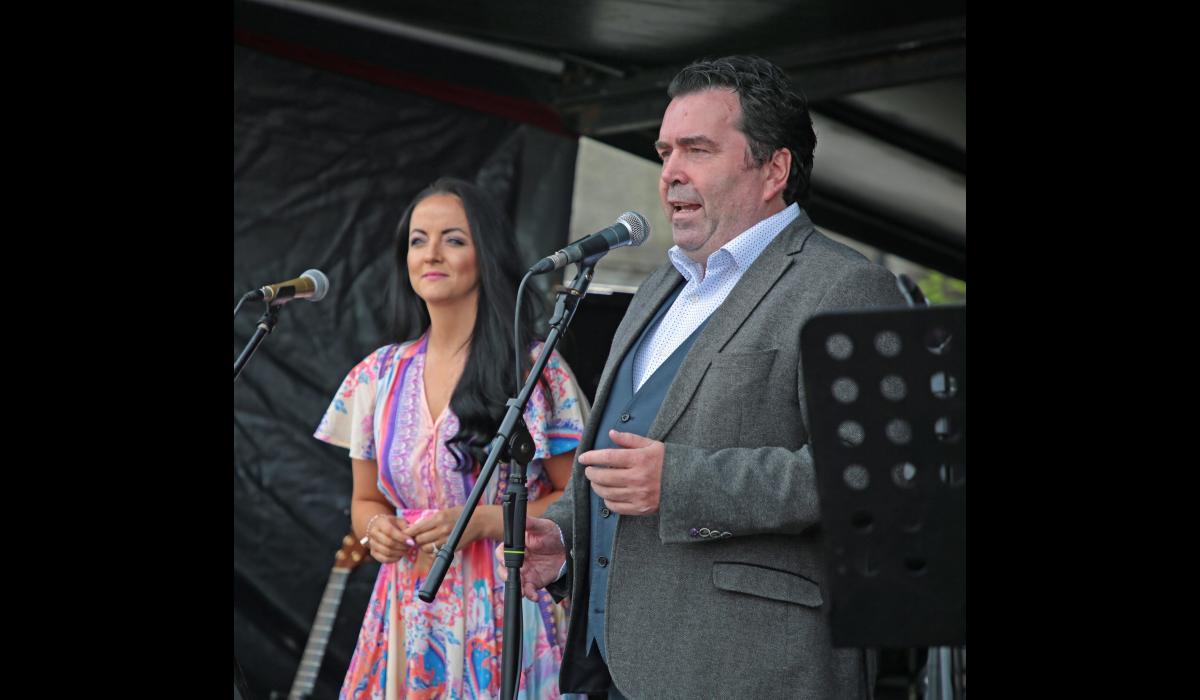 As the pandemic continues, impose severe restrictions on the arts, which is arguably the industry that has suffered the most since Covid-19 made global lockdowns, quarantines and social distancing become the norm.

Many Longford performers have been out of work, ineligible for wage subsidies and struggling to make ends meet as the pandemic has forced them to resort to online performance methods, instead of their regular concerts .

Students at Evolution Stage School made the most of the restrictions, with classes and workshops taking place on zoom or outdoors. But one of the school’s principals, Paul Hennessy, said the arrangements are not “ideal” for students.

“I think the current restrictions are ridiculous at this point,” he told the Longford Leader.

“There is no reason why concerts / indoor concerts cannot be attended by fully vaccinated people the same way you can go to your local pub or restaurant.

“The public is as frustrated with artistic restrictions as we, the artists / producers, are. They don’t see the meaning of what’s going on here compared to the UK where all the venues are open. You could fly to London and catch a West End show any night in a full theater.

While bars and restaurants are now allowed to serve customers both indoors and outdoors, art venues are under threat.

Meanwhile, tens of thousands of people attend matches at Croke Park, leaving theaters and other venues to feel cheated.

“I think music and art venues should be allowed to open up and use their own discretion on how events are to be organized,” Hennessy said.

“They sure know how to organize events safely, so let them do it. A recent concert at the Bord Gais Theater was limited to an audience of 50 and the capacity is 2,100. It’s crazy. “

Currently, the Longford Live & Local series allows the people of Longford to once again enjoy live musical events, while also giving artists the opportunity to perform to a live audience.

“The Live and Local concerts are brilliant and a big thank you to Shane Crossan and Longford Co Council for giving the artists and the public a chance to come out and enjoy the events live again, even if it’s outdoors for the moment, “said Mr. Hennessy who himself performs at some of the events.

“It was very strange to be back on stage last week, but it was wonderful to hear the applause again.

“Arts Minister Catherine Martin said recently that she hopes to have a plan for the Arts by the end of August,” he added.

“It’s amazing how the Arts have been treated and I think ‘The Arts’ deserves its own minister and not the one with five other portfolios on his desk. We live in the hope of coming back on stage very soon to bring some happiness and joy to the audience, young and old. “

While theater, music and other events are still very restricted, there are politicians who show their support for local artists and venues, Senator Micheál Carrigy recently posted a lengthy video of interviews with local figures. of the local art scene, as a means of raising awareness of the struggles experienced in Longford.

In an interview, recorded by local videographer Shane Crossan, Backstage Theater communications manager Mona Considine told Senator Carrigy: “It’s a long, hard battle to restore our area, but step by step we can create a conversation and rebuilding the community.

Filmmakers Robert Higgins and Paddy McGivney, Paul Hennessy of Evolution Stage School and Director of the Still Voices Film Festival Ronan O ‘Toole were also interviewed by Senator Carrigy on the detrimental effects of Covid-19 on the arts industry. . #

“The arts are a crucial part of any community,” said Senator Carrigy.

“This fact has unfortunately been forgotten throughout the difficulties of the pandemic and the constant blockages.

“Every artist deserves a voice, to be heard and a platform to express what they feel. This event wants to explain how arts and culture shape a community and that we need to create a conversation and recognize this fact nationally.

Senator Carrigy shared the videos on his own social media sites where they can still be viewed.

2021-08-20
Previous Post: Entertainment sector should have reopened this summer, immunologist says
Next Post: Recap of entertainment news: Water baby Hugh Jackman immerses himself in the sci-fi thriller “Reminiscence”; The new James Bond movie will be released in September and beyond