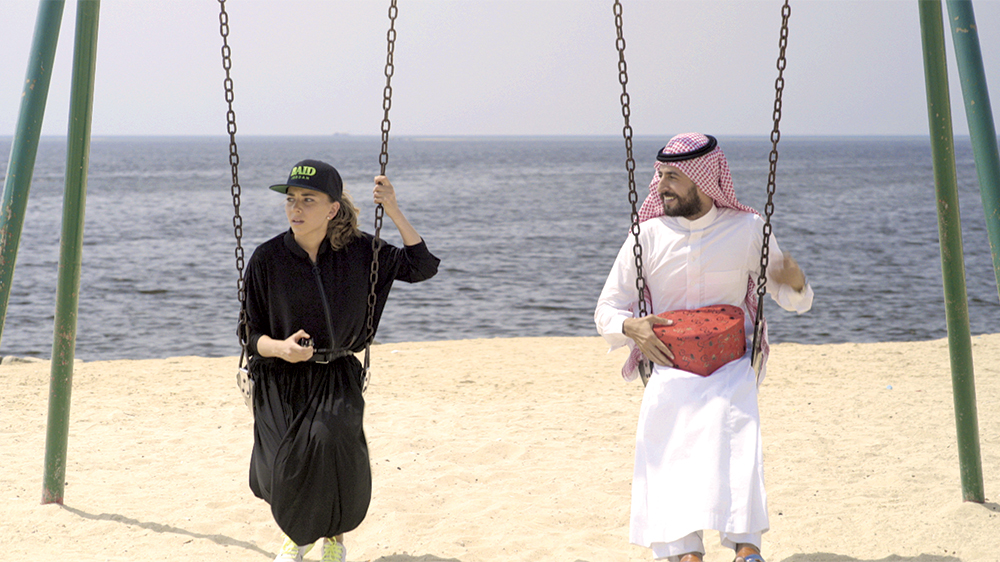 A decade ago, Hollywood received an injection of Middle Eastern oil money when the United Arab Emirates and Qatar decided to create an entertainment industry as part of their economic diversification. But the enthusiastic newcomers were quickly burned by their lack of knowledge and, for the most part, quickly reduced their investments and redirected their ambitions.

Cut to 2018. Petrodollars are back – but with a more cautious approach – in a new wave of Arab investment led by Saudi Arabia, whose recent burst onto the scene has helped rekindle Hollywood’s ties with the Middle East. East.

The oil-rich kingdom’s decision to lift its 35-year ban on movie theaters in December sparked a flurry of cinema-related activity at home and in the wider region. AMC Cinemas and other multiplex chains are now scrambling to build cinemas and screens in Saudi Arabia, the Middle East’s last untapped movie market. The country’s first national film entity, the Saudi Film Council, is set to make its Cannes debut.

Last month, Hollywood rolled out the red carpet for Saudi Crown Prince Mohammed bin Salman, who set up camp at the Beverly Hills Four Seasons with a large delegation on a self-proclaimed mission to create an entertainment industry from from zero. A deal is reportedly in the works under which the Saudi Public Investment Fund would acquire a minority stake in Endeavour, the holding company of Hollywood talent agency WME, for between $400 million and $500 million.

Michael Garin, a seasoned American executive, said Saudi Arabia’s first moves into entertainment made “good sense”, especially the Endeavor deal, which “gives them unique access” to nearly every aspect of entertainment. ‘industry. “From Hollywood’s point of view, the Arab world is just another bunch of suckers waiting to be picked up,” says Garin. But, he adds, “it’s not… the same kind of stupid investment that has happened historically.”

Garin was hired by Image Nation Abu Dhabi eight years ago to put the UAE-based organization on a sustainable and financially disciplined path, following some reckless deals from Hollywood. In February, he became a major investor in former IM Global chief Stuart Ford’s new film and television venture, AGC Studios. The deal makes sense for Image Nation because Emirati film and TV productions are still not making money, Garin says, leaving the organization in need of other sources of revenue. His relationship with Ford stems from his “interest in bringing Arab productions to the world”, he adds, such as IM Global’s sale of groundbreaking Emirati thriller “Rattle the Cage” to Netflix.

Meanwhile, Qatar’s beIN Media Group, which bought Miramax in 2016, recently made an unsuccessful bid for The Weinstein Co. It then had to bid for the bankrupt TWC assets to fuel its pay-TV expansion, but apparently opted against it – a wise move, according to some analysts.

What sets Saudi Arabia apart from other oil-rich Arab countries is a much larger population base on which filmmakers can build an industry. “They can make a film and recoup the investment in their own territory,” says producer Paul Miller, former head of finance at the Doha Film Institute in Qatar. Miller has teamed up with Image Nation to produce Saudi director Shahad Ameen’s “Scales,” a realistic and magical mermaid film set in a mythical Arabian past. The film is in post-production. Ameen herself was recently in Beverly Hills with the Saudi delegation.

For fellow Saudi director Mahmoud Sabbagh, the real change in the Saudi film scene is not hanging out in Hollywood. Sabbagh’s 2016 risque romantic comedy “Barakah Meets Barakah” caused a stir around the world but failed to screen in its home country and was banned in neighboring Kuwait. Sabbagh worries about the freedom local filmmakers will have.

“Films should be provocative. They have to tap into the culture wars of this country,” says Sabbagh, whose upcoming comedy, “Amra and the Second Marriage,” deals with patriarchy and women’s struggles.

Saudi censorship standards, which are still being worked out, are also a big question mark for American studios. Most Hollywood movies shown in Kuwait, for example, are only about an hour long because taboo scenes are chopped up. Disney’s “Beauty and the Beast” was completely shunned because of the film’s fleeting “gay moment.”

Ties between Hollywood and the Middle East could be reinvigorated, but both sides must act wisely. “What works in Hollywood and around the world doesn’t work here,” Garin says. “We learned that lesson a long time ago.”