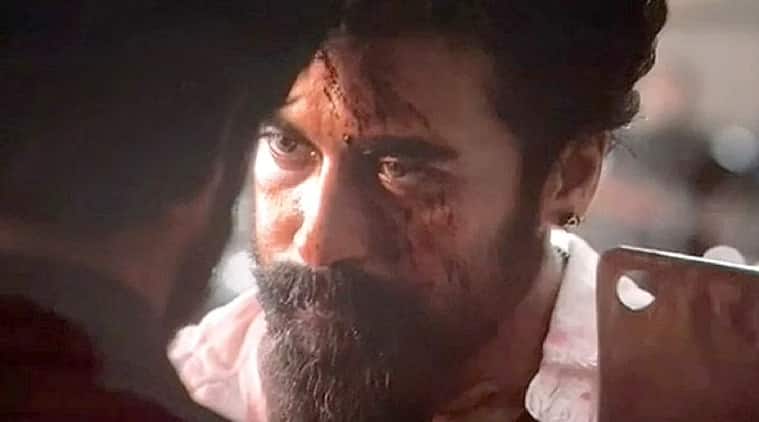 Suriya on the film Rolex vs Dilli: “Wait and watch”

Actor-producer Suriya attended the Viruman trailer launch event in Madurai on Wednesday. After winning the National Best Actor Award, Suriya expressed his gratitude to his friends and fans who have supported him for over 25 years now.

“I was not there in the country for 40 days. I was in New York to attend a case concerning my daughter’s education. So it took me a while to realize that I had won the national award. But, even before me, you began to celebrate my victory. That’s what makes me so happy,” Suriya said.

The actor further noted that it is only a matter of time before his two brothers, Karthi and Yuvan Shankar Raja, get their due. “No one can deny the depth of their contribution to the film industry. And the recognition and celebrations they will receive will be far greater than mine,” he said.

Suriya also said that Karthi is a better actor than him every day. “I may have come into this industry long before Karthi. But, when it comes to devoting himself to the profession, he is much better than me. I can say it openly anywhere, anytime, he’s a better actor than me,” he added.

Suriya wore the Rolex watch he received as a gift from actor-filmmaker Kamal Haasan. He showed the watch to fans as they worked in a frenzy. Kamal gifted the watch after Suriya’s cameo as Rolex became a sensational hit with the public, contributing significantly to Vikram’s huge box office success. “I received this gift thanks to you,” Suriya told her fans at the event.

Suriya and Karthi have dropped enough hints about the possibility of them playing their characters Rolex and Dilli in a movie soon. “Let time decide. Let’s wait,” Suriya concluded.

Vikram had overlapping characters and themes from director Lokesh Kanagaraj’s Kaithi, in which Karthi played the lead role of Dilli.

Meanwhile, Suriya’s 2D Entertainment funded Viruman. The film marks the screen debut of Aditi Shankar, who is director Shankar’s daughter. The film is due to hit theaters on August 11.