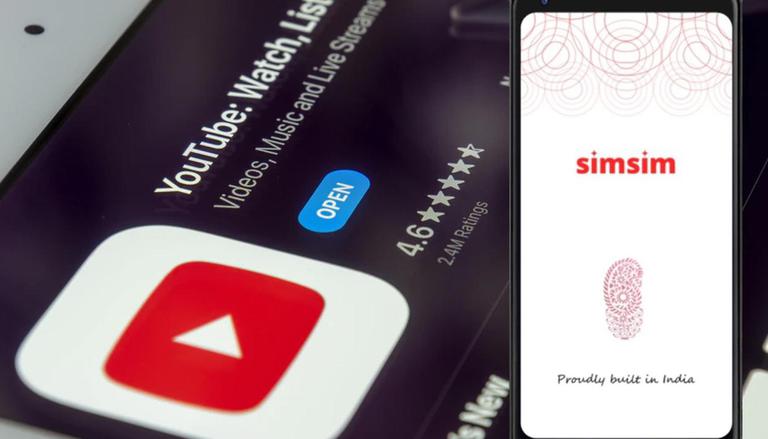 Popular streaming platform YouTube announced on Tuesday the acquisition of social commerce startup Simsim. The Google-owned company said it has now signed a definitive agreement to purchase the video-selling site. However, no details of the deal were disclosed by any of the parties. According to YouTube, the latest addition to Google India Investments will help the site discover and buy products from Indian retailers.

Founded in July 2019 by Amit Bagaria, Kunal Suri, and Saurabh Vashishtha, Simsim is an ecommerce site that provides a platform to connect local businesses, influencers, and customers. The site mainly offers influencer-based videos in three Indian languages ​​namely Hindi, Tamil and Bangla. The Gurugram-based startup has raised around $ 16 million so far and competes with Bulbul, backed by Info Edge (India), and Kiko TV, backed by Venture Catalysts, in the Indian video commerce market.

YouTube’s latest takeover of the ecom video website is part of the company’s policy to expand the online entertainment market in India. In a previous blog post, YouTube’s parent company Google said the online video industry will continue to grow. “With over 2,500 YouTube creators and over one million subscribers, and the success of YouTube Shorts, which we first launched in India, we are committed to building the community of creators by empowering the next generation. mobile creators first to get started, ”Google said on its blog.

The acquisition of simsim will now help the company discover more influencer-based content. Gautam Anand, vice president of YouTube Asia Pacific, said in a blog post that the app will continue to operate independently from now on. Anand informed that there would be no immediate changes as YouTube “will be working on ways to present the Simsim offerings to YouTube viewers.” YouTube had already started beta testing a new integrated shopping experience in the United States. According to international reports, the beta allows viewers to discover and purchase the products they see in videos from trusted creators.

In recent times, Google India has been spending money and improving its business in the country. Last year, the search engine giant backed InMobi’s mobile content platform, Glance, which in turn owns the Roposo short video platform. He also has an investment in VerSe Innovation, the parent company of news aggregator Dailyhunt and short video platform Josh. However, Google’s biggest investment in India came in July 2020, when it invested $ 4.5 billion in Jio platforms.